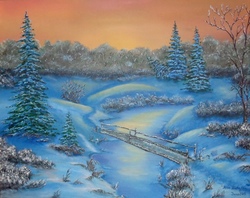 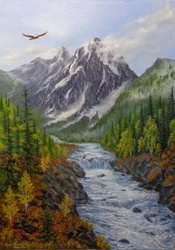 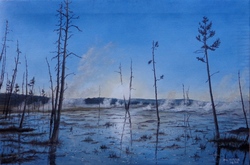 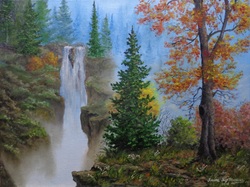 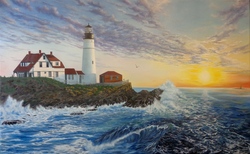 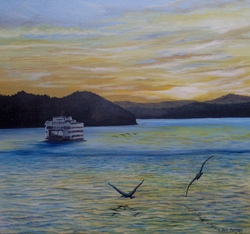 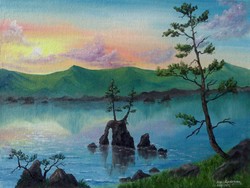 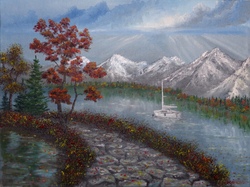 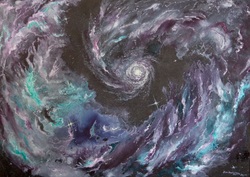 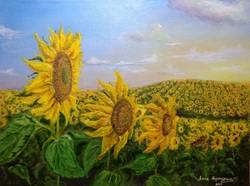 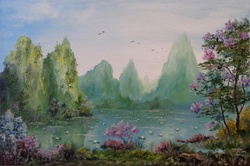 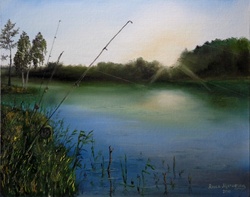 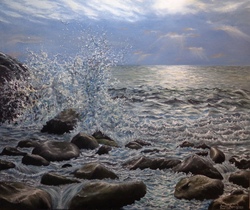 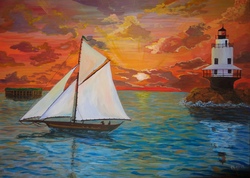 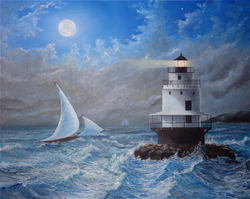 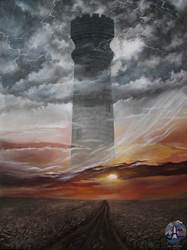 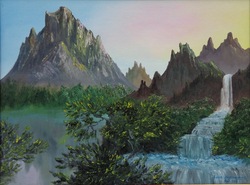 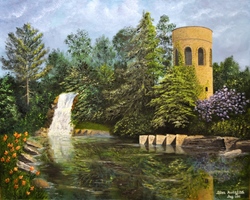 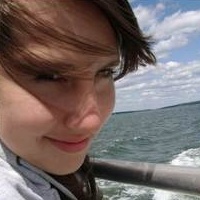 Alisa Mustafina was born in the town of Prokopyevsk, Russia on May 30, 1991.

At the age of four, she started taking classes at the Art Studio "Meta", Palace of Culture "Yasnaya Polyana", under the guidance of the talented teacher Gadenova Antonina Nikolaevna.  At the same age, she started to learn English.  In May of 2004, the Palace of Culture "Yasnaya Polyana" held Alisa’s first solo exhibition.  In the same year, she was awarded a stipend by the fund "Young Talents of Prokopyevsk.” She regularly participated in city children's art competitions and achieved prize-winning placements.

After high school, she entered RSUTE (Kemerovo Institute) majoring in "World Economy".  While studying at the Institute, she participated three times in the student exchange program "Work &Travel in the USA".  While in the USA, Miss Mustafina lived in the town of Portland, Maine, on the shores of the Atlantic Ocean, which became a source of inspiration for a new creative phase.  After completing her studies at the Institute, she took part in the program "Internship in the United States”, which enabled her to work for a year in the international company, CIEE, which was also located in the city of Portland, Maine.  During this year, she was able to devote more time to her art, while also learning new techniques.  Since January of 2015, Alisa has applied her skills  to  the realm of oil painting on canvas, what has resulted in lifting  her artwork to an elevated  level of achievement.

One of the main interests of Alisa is to travel.  This love of travel allowed her to discover many beautiful and unique places that further inspired her to paint.  Boundless interest in the natural world became the basis for most of the creative works.  Lighthouses, ocean and rare landscapes are among her favorite subjects.  She believes that nature is beautiful everywhere in the world, and that people should appreciate it, wherever they live.

In March, 2015, at the Palace of Culture "Yasnaya Polyana", Alisa captured second place in a solo exhibition, which reflected the beginning of a new phase in the artist's works.  Since then, she has had four more solo exhibitions, and has participated in three common exhibitions in her home town, as well as in three other towns located within her home region.

During her student programs in the United States, Alisa took advantage of a unique opportunity to get acquainted with the masterpieces of world art by visiting several famous art museums, such as the Museum of Fine Arts (Boston, Massachusetts), The Metropolitan Museum (Manhattan, NY), The Museum of Modern Art (New York, New York), The National Gallery of Art (Washington DC), The Ringling Art Museum (Sarasota, Florida), as well as many others.

Although Alisa has been fortunate enough to view the works of many world famous European artists, Ivan Aivazovsky, whose masterpieces she travelled to see in Moscow in August of 2016, remains as her greatest inspiration and encouragement for the continuous development of her artistic skills.

In addition to experiencing the beauty of the American continent, Alisa dreams of continuing her travels across Russia to convey in her artworks the uniqueness and charm of the Motherland's native Nature.

Alisa Mustafina was born in the town of Prokopyevsk, Russia on May 30, 1991. At the age of four, she started taking classes at the Art Studio "Meta", Palace of Culture "Yasnaya …
Watch