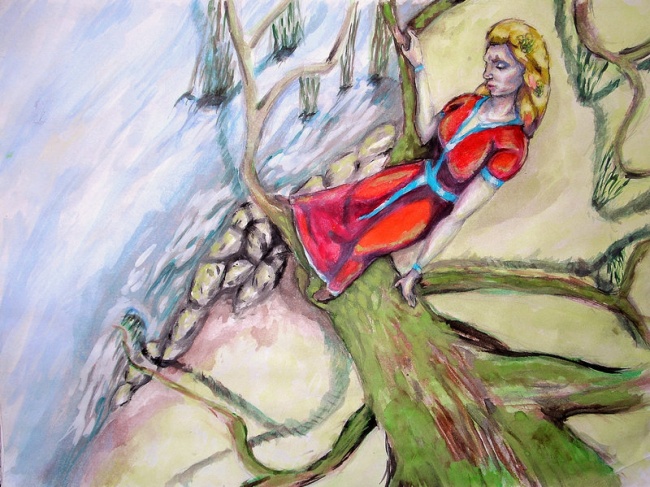 Many think Ophelia's death an accident, but Shakes tends to write female suicide. Gertrude in Act 4, Scene 7 says accident, as does Laertes & everyone in the royal house, but the gravediggers & the priest in Act 5, Scene 1 have doubt.

She’s shown as passive & compliant, so the idea of a moment there’s no return, that step over the edge & into the water wouldn’t leave me. I wanted to depict her as active, even if it’s the first & last thing she did for herself, suicide did that.