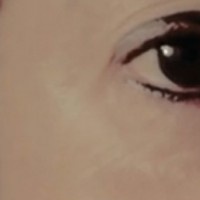 CLAUDIA LIMA’S WORK ENCOMPASSES SCULPTURE, PAINTING, DRAWING AND TAPESTRY.
Born in Rio de Janeiro in 1956. With seven years old, Claudia attended the School of Art for Children of the Rio de Janeiro Modern Art Museum, under the guidance of the renowned Brazilian painter Ivan Serpa.
1961 a 1970
Participated in various collective exhibitions organized every year by the Museum and is distinguished with prizes and selected to represent the school in various art shows, both national and international. Some of her work was published in art magazines such as “Gam”, with an article by acclaimed art critic Mário Pedrosa. Other works were reproduced as tapestries, an art form that was beginning to assert itself in Brazil.
1979
Graduates from the Law School (Faculdade de Direito Cândido Mendes) in Rio de Janeiro, where she showed her work in the first collective art exhibition organized at that university, winning first prize in the painting category.
1980-87
Comes to live in Europe, establishing her residence in Lisbon, Portugal.Begins to study painting and drawing at the visual arts school Escola de Arte e Comunicaçăo Visual – Arco, in Lisbon, until 1984.
Attends the Aubusson Decorative Arts School in France, with a Calouste Gulbenkian Foundation Grant, learning the art of tapestry and, simultaneously, studying drawing and painting locally.
Takes part in the creation of the Tapestry and Textile Art Cultural Cooperative and shows her work in various collective exhibitions of that group.
1990-91
To celebrate its 50th anniversary, the Danish company V. Kann Rasmussen Industri A/S acquires one of her paintings and organizes a collective exhibition featuring all the selected competitors, in Copenhagen.
Devotes herself to research on tapestry cartoons for flat tapestry technique.