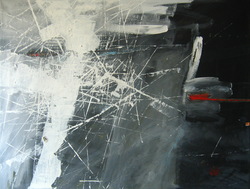 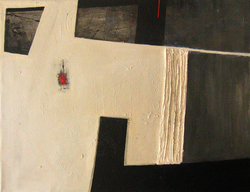 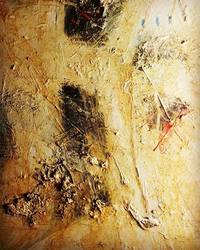 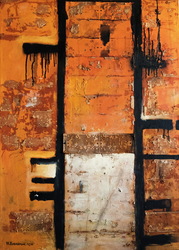 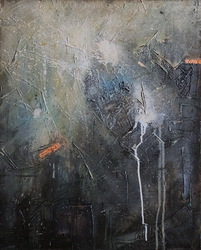 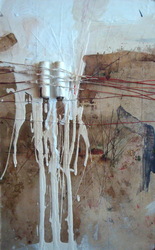 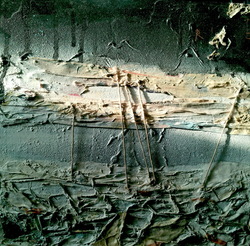 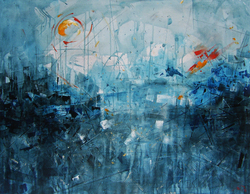 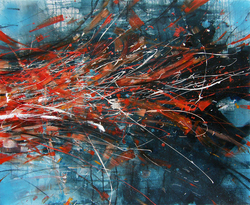 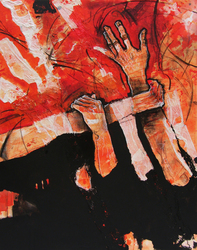 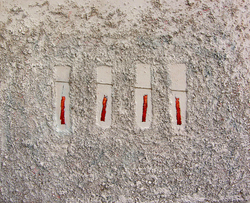 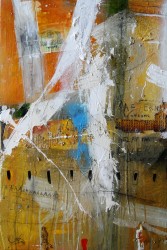 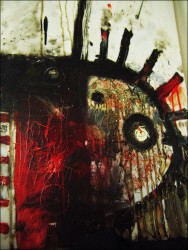 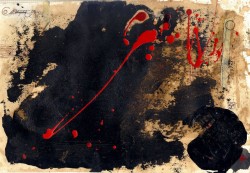 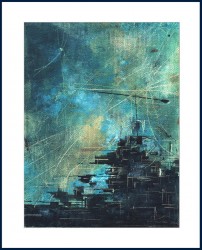 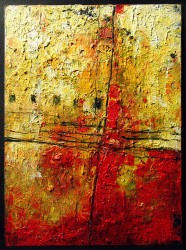 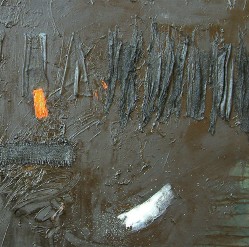 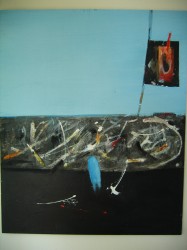 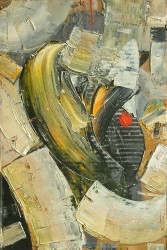 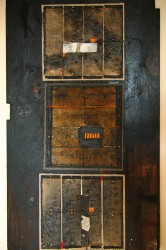 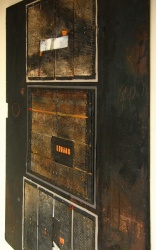 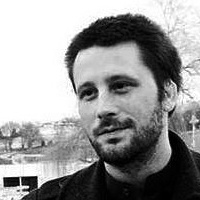 Born in 1981, in Belgrade, Serbia, Marko Davidovic Graduated from the Faculty of Applied Arts. The artist currently resides and works in Belgrade. He has had numerous group and solo exhibitions worldwide, winning a variety of important prizes.

It is difficult to define the complexity and simplicity found in Marko's work. He creates a mysterious and riveting void in his paintings that is most often seen in the organic and intricate patterns and shapes found in nature and in the urban environment. He also explores many diverse disciplines, but primarily looks into his own being for inspiration. With a natural instinct for creativity, and a need to write down his thoughts, the artist uses the alchemical formula solve et coagula, dismantling the primary elements of matter and then re-connecting them in a purified form and vision. The expressionist formula is subordinated to a chaos that often rests within a solid structure. Using thick and rich textures, which he carefully sculpts and layers, Marko breaks down traditional patterns by creating new relations among the disciplines.

The basis of many of his paintings start with pronounced moves made both expressively and emotionally in wide strokes. By opening up the canvas to sophisticated and delicate interventions, as well as collaging, or disposing the layers of paint with an occasional coloration emphasis, or a scratch, or a line, the artist intensifies the rhythm of his paintings by creating “ideas piled in layers”. Breaking with spacious illusionism his surface of mediums consequently gain a captivating vibration and tactility that does not induce a mere “touch by a look” for the observer, but inspires a wish for real physical contact.

Above all, Marko treats his paintings as an autonomous aesthetic object. For him, the “Pro at contra” dilemma, between either the figurative or the abstract, does not exist. The painter deals only with the elements of art's meta-language, which are in turn used for the transposition of his own sensibilities and contemplative ideas. This allows him full freedom of expression, with a taste for “stains”, or chance, and randomness of gestures, consequently rejecting control and the traditional concepts found in many paintings. His is an open style that a spectator can interpret freely. For the viewer, the pictorial adventure is completely new; instead of going from meaning to constructing the corresponding signs, Marko’s paintings begin with the making of signs and their corresponding meanings. This discourse, devoid of ideology, is reduced to personal experience, as the inevitable route to the canvas. Influenced by Anthony Tapies, Alberto Burri, Robert Rauschenberg, Egon Schiele, Mica Popovic, Karlo Borsik and many others, Marko’s works continue to astound and influence the viewer.