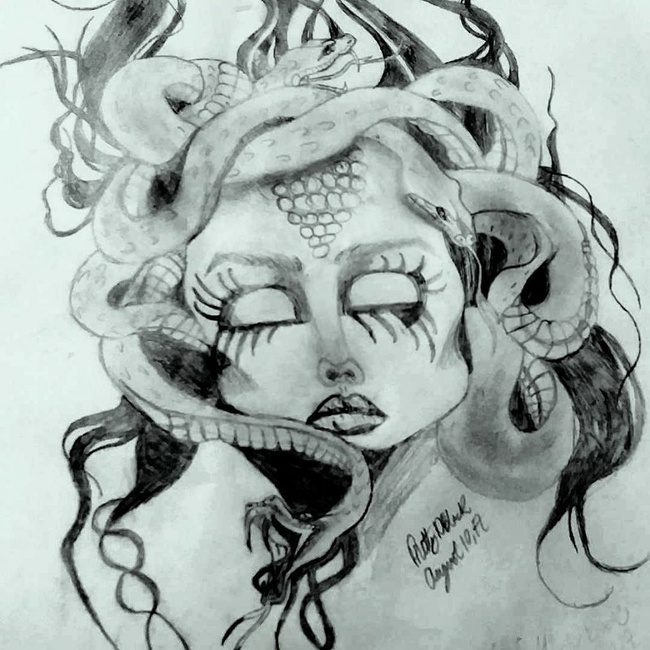 In later myths (mainly in Ovid) Medusa was the only Gorgon to possess snake locks, because they were a punishment from Athena. Accordingly, Ovid relates that the once beautiful mortal was punished by Athena with a hideous appearance and loathsome snakes for hair for having been raped in Athena's temple by Poseidon.