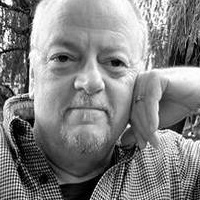 Rich Ackerman is a photographer and imaging specialist in macrophotography and natural landscapes. He has photographed natural landscapes and objects since early 1968. His interest in photography came well before then. In the latter days of adolescence, his first camera was a Sears cardboard shoebox with several tin foil pinhole “apertures” simulating lenses, that were taped to the front. With a lot of experimentation and time in a makeshift basement darkroom, he was able to reveal his captured images on paper - he was hooked! In his lifetime, Mr. Ackerman has had the rare opportunity to experience cultural, musical, environmental and political transformation head on – through his lens.

Interested in the finer details of nature, Mr. Ackerman’s work places great emphasis on the intricacies of the forest, the complexities of America’s marshes, the micro-delicacies of plants, and the starkness of dune landscapes left behind from receding glaciers during the last major Ice Age some 25,000 years ago.

Leveraging his early skills with the analog “zone system” black and white photography, he's taken full advantage of today’s digital efficiency without sacrificing the traditional values and photographic foundations he built upon employing silver-based film, view cameras, and the darkroom. Mr. Ackerman developed his style and artistic eye with these methods and has enhanced these skills by embracing digital photography’s advances— more recently, Sony’s mirrorless technology, sensors and image processors.

Most landscape photography today is produced in color  - “distractingly beautiful” he adds tongue in cheek. The problem is that color and the tools used to enhance color, distract totally from the compelling nature of the landscape itself. He feels that the black and white medium truly lends itself to conveying the stark details and true tonal range of the landscape.

Mr. Ackerman captures his photographs exclusively with the Sony Alpha mirrorless system . “Sony has turned the entire industry upside down with its mirrorless camera technology. Eliminating the mirror, incorporating the unique sensors Sony pioneered, then putting this all in a package the size of an early Leica rangefinder camera is nothing short of spectacular”. He travels light with two A6000’s, a Sony 50mm macro lens on one, the other with Sony’s 55mm to 210mm zoom. “The macro is so sharp that it eliminates the need to carry a 3rd short zoom lens”.

Wife Rose travels with him everywhere, especially as he gets older, taking him through checklists and making sure he stays somewhere within a mile range horizontally of a trail. The only exception are bogs and the muskeg, where he’ll vvslog around in mud on his knees for hours. “That’s not for me, if Rich falls into a bog tree root hole, there he will stay until excavated from the next ice age”

My Bio is provided by the writer - Dr. Brandon Shuler - from my new upcoming coffee table monograph "S.E. Alaska Inside Passage The Vanishing Wilderness".  Through this book, we at long last, portray through Brandon's  words and my Black and White photographs, the emotional impact that's gone missing from how humans feel about their environment" "This is NOT a travel book or guide to the Tongass in Alaska - it's way more than that. It teaches us how we should appreciate and feel toward a region on earth that has stood the test of time for eons but is now disappearing. This is a book that is priceless and everyone should read "feel" and learn from."