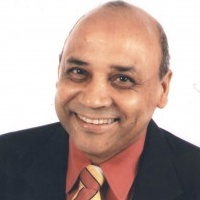 I am a brown short man  with 66 years old born on the Contagem Brook´s  Shore , at the backland of Arraias Town, in the Tocantins State at the entrance of Amazonia Region.  I am poet, journalist, lawyer, writer, teacher and fine artist.  My interest on the art field began 25 years ago when  when  I was practicing Jyothi, a Vedic and  Light Meditation. Then, crossed my mind the idea about to paint a Lotus Flower. So, I researched a lot about the theme. One year later,  I made contact with two  fine art teachers: Maria de Jesus Furtado from D´Jesus Atelier and Raul Moreira from Museu de Arte  de  Goiania (Goiania Art Museum) and took drawing and painting lessons with them. After that, I began to study with Ricardo Gomes, from Ricardo Gomes Atelię, a modern genius of Brazilian hyperrealism. Under his guidelines I had been creating  some of the most beautiful Lotus painting on the world and I already have paintings  at homes and institutions from  Brazil, Chile,   USA, Canada, Australia, England, Germany, Netherlands, Sweden, India and Sri Lanka.

Currently I am developing my own personal  and  original style in which development  I am going to work more five years ahead based on Surrealism and Shamanic Techniques.  For  the  Shamanic paintings, after a session of mantras and meditation,  I try to do a original work , mainly with acrylic,   and painting with  both hands at the same time  without previous drawing or conventional painting techniques   with the purpose of to exercise both right and left side of the brain.  My idea is to develop a spontaneous  style of art which can be practiced and used by children and people who do not have so much talent and  artistic ability  in a way that they can    to develop their  own innate  creativity bringing to  the surface of mind  the inner  potential   which all of us have inside ourselves. For this purpose,  I had gone back to the University and I am concluding a Pedagogy course in a way that I can get more knowledge about education tools.

I  am currently doing  these kind of paintings under the shadow of tree which exist in front of the Appolo Building where I do live in Aparecida de Goiania (Aparecida of Goiania), in the Goias State, near the Capital Goiania and in the center of Brazil.  I am offering these Shamanic Lotus paintings  by the bargain of US$ 370.00   while I am developing this  original but crude style at this moment.  But my intention is to transform  these unusual paintings  in a global business and for that purpose I already have four acres of land in my native savannah  at  Tocantins State to  establish  there an international environmental  Lotus Atelier which the sellings of the paintings  in the international marked.  I do speak Portuguese, English, Spanish, French, Esperanto and Basic Latin. My late grandma Maria Leomeu Vidal comes from the rich Jewish ancestry of Vidal  Family which indeed after the Diaspora became a global family .  I had been in USA, Netherlands, Belgium, England, France,  Germany and India. Some of my interests are Philosophy, Journalism,  Literature, Sports, Chess,  Nature, Trekking, Riding Horse, Music, Language, Education, Leadership, Cheekung, Ayurvedic Medicine, Yoga, Meditation and Mantras, specially the Vedic Gayatri mantra and the Buddhist Om Mani Padme Hum ( Hail the Jewel  in the Heart of Lotus).

Who I am I am a brown short man  with 66 years old born on the Contagem Brook´s  Shore , at the backland of Arraias Town, in the Tocantins State at the entrance of Amazonia Region.  I am poet, …
Watch