Creative inspiration for me comes from everything around me, including conversations with people, nature, architecture, as well as my own moods, feelings, and senses. The prevalent themes are female nudes, architecture, urban life, portraits, and geometric patterns.

The “Vancouver” series is a mission to depict Vancouver for Vancouverites, and to keep a record of architecture that locals have a connection to. The series is a contrast to the way our city is promoted to short term visitors. It is meant to capture the grit and meaning of the parts of our city that would be considered un-marketable to international consumers.

The “Unadorned” series for me represents freedom, and unapologetic feminism as part of that freedom. There are three characters in the series – the brunette, the redhead, and the clown- always nude, and the nudity is simply a symbol of freedom. The characters never cater to an outsider's sexual objectification. They are independent, intelligent, and busy doing their own thing.

My portraits are usually surreal. With those the surreal feels more real because, at the end of the day, the subject is not and cannot be painted objectively. It is filtered and moulded by interpretations, assumptions, and biases.

The geometric patterns simply channel my obsessive compulsive side. They are comforting in their predictability.

Creative inspiration for me comes from everything around me, including conversations with people, nature, architecture, as well as my own moods, feelings, and senses. The prevalent themes are female …
Watch 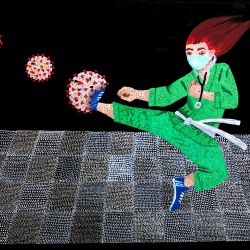 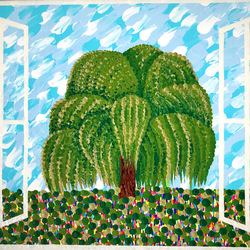 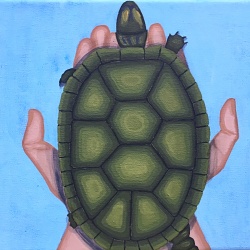 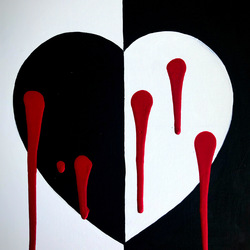 Conditions of the Human Heart 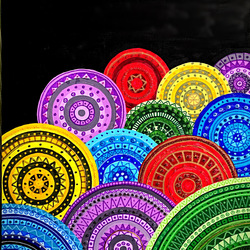 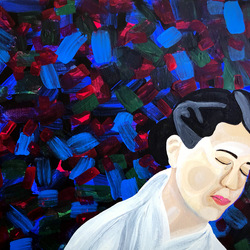 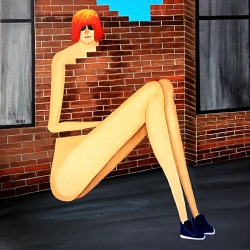 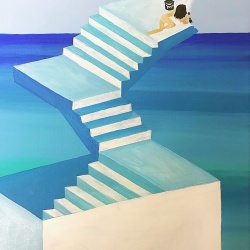 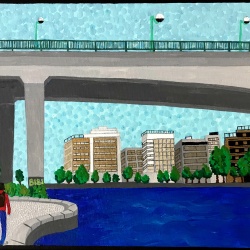