Famous Artists Who Used Their Work As Therapy

Anyone who has spent time on their art knows what a cathartic experience it can be. Not only is it an escape from the everyday world, but it also allows you to express your feelings and work through issues. Art therapy is becoming increasingly popular for victims of trauma, prisoners, and people who are working through a difficult time. Here are just a few famous artists who used their art to work through their pain, and the ways in which it helped them. 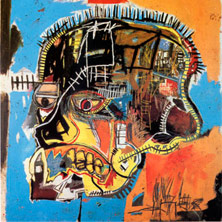 Despite dropping out of school in the tenth grade and not receiving any formal artistic training, Jean-Michel Basquiat went from an obscure graffiti artist to an acclaimed artist. After being discovered by Andy Warhol, his career really took off, and he is still admired by many celebrities to this day. Even Jay-Z was recently spotted wearing a t-shirt featuring his artwork. Basquiat used art as an escape from his chaotic personal life. Although he was an intelligent child, he had a mentally ill mother and had been in and out of institutions for years. As a homeless 15 year old, he began expressing himself with graffiti around New York, before concentrating on different artistic styles such as human anatomy. He attempted drug rehabilitation and sobriety, along with exploring different themes in his artwork to cope with his difficult past. His work often looked at racial oppression and slavery. Sadly, he died aged 27, but his work still reaches high prices at auction. 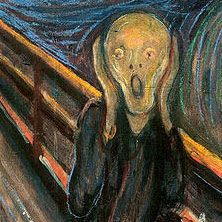 Although Edvard Munch is best know for The Scream, many of his other works also explore intense psychological themes. After a difficult childhood, Munch began using his inner turmoil to create art saying “in my art I attempt to explain life and its meaning to myself.” He suffered from deep depression during his lifetime, and his art often reflected events that happened to him. For example, after an argument with his lover he shot himself in the hand, and this moment was captured in the painting Self-portrait On The Operating Table. He was certainly never shy about expressing his inner turmoil, and his work is often expressive and dramatic. After having a complete nervous breakdown, he was hospitalized for eight months, and after this period of rest his art became more optimistic, allowing him to finally break New York. In his later life, he mainly lived in solitude and enjoyed drawing simpler works about rural life, perhaps showing that his art had finally given him peace. 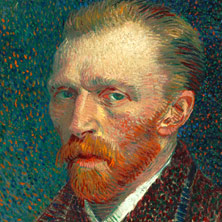 Recent studies have shown that Vincent van Gogh may have suffered from bipolar disorder, and his artwork, although colorful, often reflects his emotional pain. His story is well-known by anyone with an interest in art history. Despite wanting to be a pastor, Van Gogh’s life was deeply affected by mental illness, and he went through several torrid love affairs and bouts of depression. He often coped with this through his art, and he drew the people and places that influenced his life. In later life, he found it difficult to write letters, and went through stages of not being able to work, along with stages of being extremely inspired and working prolifically. After shooting himself his last words were reported to be: “The sadness will last forever.” 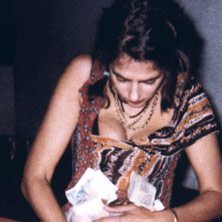 British artist Tracey Emin widely uses her life experiences in her art, and her life has become an open book because of it. From her rape at the age of 13, to her long periods of depression, many of her works are controversial and highly confrontational. As well as her installation works, which often attract media attention, Emin often uses monoprints to represent difficult events from her past. Although she has often been criticized for giving too much information, it’s obvious that art has been a form of therapy for Emin, and that she enjoys sharing these moments. 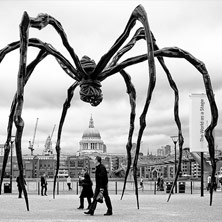 Known as the founder of confessional art, Louise Bourgeois used the trauma of having a philandering father to create abstract sculptures. Many of her works explore her parental issues, and feature overbearing fathers and helpless children. One of her most famous pieces was Maman, a thirty foot high sculpture of a spider that represented maternal love and nurturing. However, smaller works such as Destruction Of The Father give a raw, emotional insight into her trauma, showing a family overthrowing a tyrannical patriarch.