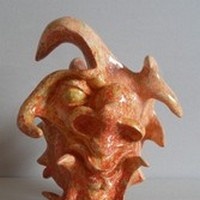 2015 - Scenography and puppets for the show “ If I have been Matia Corvin" (Ha en lennék Matyas Kiraly), directed by Urmanczy Jeno - PuckPuppets Theater Cluj-Napoca