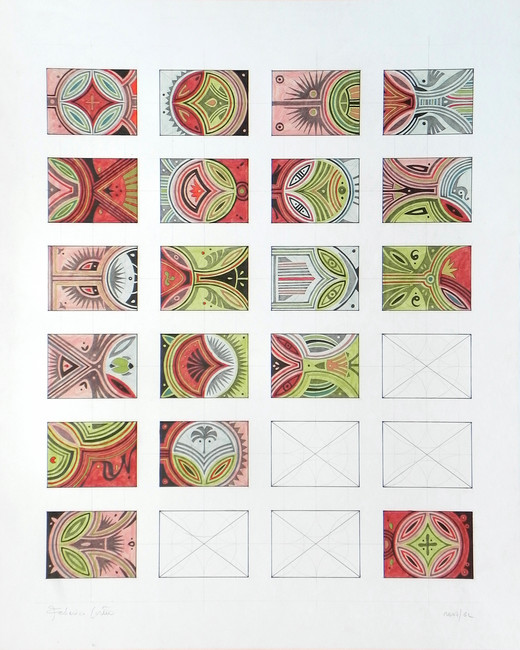 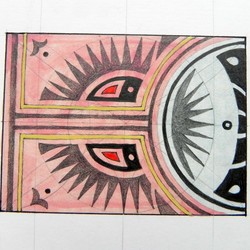 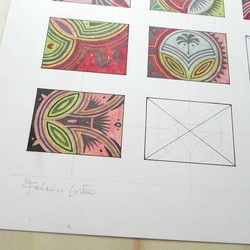 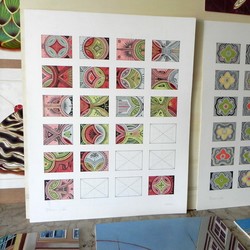 During the Winter Olympics in Turin in 2006 a large celebratory structure gathered the flags of all participating countries. These flags were displayed one next to each other, in a large matrix, which revealed that the criteria of composition and the formal rules that generated them were more or less equal for all. Also in this series each drawing is a matrix, and each element of the matrix reproduces always the same basic geometric structure, within which, the color fields, the decorations, the shades and symbols may change, in an almost infinite variation. Each small rectangle is a flag, independent and completed in itself, but linked to the other by the formal rules that generated them. Each flag is a possibility in an infinite number of possible variations, where the final choice of a single element has been delayed or has not been accomplished at all. Each drawing is a series within the series.

In case of purchase of the original artwork the shipment is worldwide free.