Anyone know where to purchase royalty free celebrity photos? 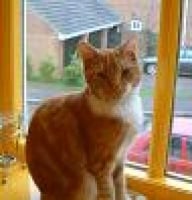 Is there such a thing?
Any of my reference photos may be used to create artworks as long as they are acknowledged in the normal way.
Top

Yeah, I actually found a decent one (I forgot the name now though) but it's not royalty free, it's rights managed, which means you have to pay more for each piece depending on how you use it. I found out though that the work I'lm doing is covered under the Fair Use act, since it's political, so I'm ok.
Top

hmmm... arent celebrities public property? jp, anyways, cant you just take a pic, then edit it, then itll be yours? i would suggest reading up on which organizations and photographers etc. are 'oked' for use of which pics of which celebs and in what type of use.

an example from earlier times: THE AMERICAN FLAG...
i knew the brother of a girl friend...he was a super patriot just back from two tours in Vietnam... went through major battles...if anyone loved America and its symbol [the Flag], he was that person.
so he had bought a van with money he saved while in Nam.
so he paid tons of money to have a very nice custom paint job which had the flowing image of the flag in huge relief on it.
he got arrested for doing so. ended up bankrupt hiring lawyers to stay out of prison...finally, had to get a full black paint job to cover over the van.

he became an anti-war protester.
*********************************
now, folks, symbols, legal public photos of celebs come from somewhere, but behind them all are people with 'vested interests' or investors in planned current or future use of those images.
everyone has the legal right to use the images, but
how they view those rights varies as far as they see their planned uses.

depending upon their level of social functions:
they ties to organizations and...yes...polical groups... and religious groups...etc. is the determining factor whether you can use those
legal public images without having problems.

so what you can legally use and what will not bring you troubles is one big crap shoot...especially, in a time of heavy political moves.
before you jump onto the waters, look for the sharks.
geezermon
Top

o.O wow thats a lot of writing, all i can say is that the government f***ed up when they arrested him, why would they arrest a person for a flag they represent? lol, after all this, i wouldn't be suprised if he lost all of his patrioticness (i know thats not the right word, i just forgot what the right word was) and his hope for our "great" country.

Thanks for the tips you guys, but this post is waaaaaaaaaaaay old. I found a source. Don't remember what it was, probably Corbis.
Art websites using your FM gallery
Top

o.O sry for the bump, congrats on finding a source though, sometimes it can be tough finding what you need 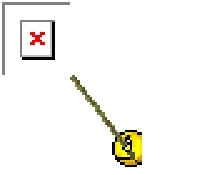 Nearly three years on the net for feedback

I'm going back to the good old postie for delivering my responses.
Naw, only kidding..

.. or am disillusioned in my optimism?

geezer lag...like jet lag....
i saw and i commented.... better late than never.
caught my eye there....
i might find others that demand some
respond so...ancient comments may rise up
like Carrie from the earth....