Post and view comments about the art in the galleries and art in general.
Locked
42 posts 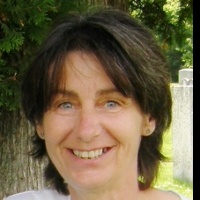 Hi!
Here is my pumpkin entry I hadn't played with "paint" so long I thought I would use it for my pumpkin, his name is Jack. He thought he would go as a vine this year 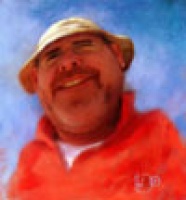 Here's my entry for the competition. It's meant to be a bit like alien... but with pumpkins. Good luck everybody.

Mshellee wrote:She is ready to celebrate her favorite time of the year, Halloween. Cheers!

I LLIKE Y
OUR PUMPKIN 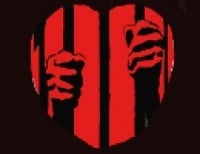 bighendo wrote:Here's my entry for the competition. It's meant to be a bit like alien... but with pumpkins. Good luck everybody.

I have no idea if you are familiar with this but it reminds me of Wallace and Gromit, a British comedy animation by Nick Park's. It's not anything specific by him, it just does, I think it might be the square teeth and look of the main larger pumpkin.

Roger and Scratch raise the alarm.

In a remote isolated field farmer John's pumpkins are having an unpleasant surprise. Splat another yellow alien creature bursts from it's host victim under the blue moon of an autumn night to quickly scurry off into the scrub at the edge of the field. Roger Black the poacher hears the noise as he creeps closer to the scene with his trusty pal Scratch, "come on Scratch let's investigate he whispers" but Scratch is already in front of him creeping low on all fours. Through a small gap in the hedge row they see the ugly birth of a yellow rat faced alien bursting from inside a mature pumpkin. Seeing that many others had befallen the same fate right across the field both of them scurry off quickly to inform farmer John of this ghastly event taking place.

Make a Kindle comic and put it on Amazon, ha, ha. This is my offering!
Everyone have fun! 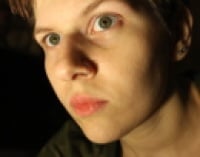 I really happy with how this turned out, it’s my first gif I’ve ever made. Because the Jack O’ lantern has such a big association with spirits and the Celts’ habit of head hunting I wanted to use the eyes as means of representing the soul that for the Celts resided in the head. I added my “Sun Knot” to represent the seasons turning and because of the ancestor of Halloween, Samhain, which is an ancient harvest festival, it marks the end of the harvest where as Lughnasadh marks the beginning, so the sun turning represents -for me at least- the months between Lughnasadh and Samhain. Fire was also very important to the Celts, on Samhain they would stop all fires and then relight them using the same source fire, a great bonfire. This signified the change from the light part of the year to the dark part of the year. Triskeles are an ancient symbol favoured by the Celts and mist is very liminal because it is mostly at dawn or dusk which are the liminal times of the day, so for there to be mist on Samhain/Halloween it would add even more liminal qualities to the most liminal day of the year for the Celts. Anyway, please view the piece how you see it or want to see it; I’m not trying to set restrictions to it or anything like that, I just thought I would share my inspirations that went into the piece.

I love Halloween. I love dressing up, decorating pumpkins, going to haunted houses. I also love painting. This is my digital painting of a classic Halloween pumpkin with fall leaves. My favorite time of year.

This is my entry-its all digital

Thanks Rochellemybell12 and BogStandad for the comments on my bustin' pumpkin.
BogStandad, you never cease to amaze me. A story from a painting. Yeh, a comic sounds good but I hadn't even heard of Kindle comics until you mentioned it. Where would somebody start with something like that?

By the way... this site truly is amazing. The talent and diversity is mind boggling. Some fantastic work here for Halloween. It's going to be tough voting!
Top

bighendo wrote:BogStandad, you never cease to amaze me. A story from a painting. Yeh, a comic sounds good but I hadn't even heard of Kindle comics until you mentioned it. Where would somebody start with something like that?

Hi Bighendo, this link below will take you to Kindle Comic Creator and Kindle Previewer you will need both but with the kindle KCC download from Amazon they offer the option of downloading both together. If they don't then you can still down load them separately.

The basic overview is if you have power point you create your comic layout inside power point and then convert it to a comic using the tools supplied by Amazon. You can then up load it to the Amazon kindle store for sale, if you want. Alternatively you can just make panel pages like any other comic book and use them in Kindle Comic creator.

If you don't have power point no problem because you could use Google drive if you have an account with Google. If you don't then just sign up for a Google email address and you can get access to all the tools provided by Google as well as Google Drive which has a power point equivalent as well as other useful tools. When you have made your Power Point style slides you export them out as images, usually PNG images.

Basically you are already halfway to making comics with your style of artwork so with a little more effort you could make a comic or ten easily.

If you need more information then private message me and we can discus.
Success, a state of mind http://themasterbakers1.bandcamp.com/releases
https://www.youtube.com/user/TheMasterBakersMusic/videos
http://www.facebook.com/TheMasterBakers My submission, watch out, watch out, Hannibal's about, eating his own kind, I ate pumpkins.

Good luck, you will need it, ha, ha, I am still hungry.
Success, a state of mind http://themasterbakers1.bandcamp.com/releases
https://www.youtube.com/user/TheMasterBakersMusic/videos
http://www.facebook.com/TheMasterBakers

Users browsing this forum: No registered users and 45 guests