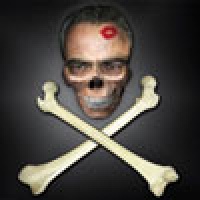 I'm an insomniac who listens to music alot. It's hard to listen to it over and over so, the search for "New Music" is ongoing...

What I want to know is what's your Weird, Odd, Old or New music?

It goes on and on... Theres a lot of music out there.
Top

Anything performed on a theramin. 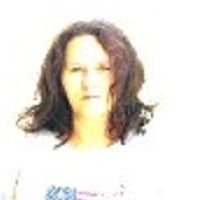 Ok, I have to ask, What's a theramin?
Lately I've been listenting to Native American music. Very relaxing and beautiful.

I wouldn't pretend to give you a knowledgable history of the theramin, so I went to Theramin World for their definitive study(go there to see a pic of the instrument): What's a Theremin?
By: Jason,
Meet the Theremin
The theremin was invented in 1919 by a Russian physicist named Lev Termen (his name was later changed to Leon Theremin). Today, this marvelous instrument is once again in the musical spotlight.
Besides looking like no other instrument, the theremin is unique in that it is played without being touched. Two antennas protrude from the theremin - one controlling pitch, and the other controlling volume. As a hand approaches the vertical antenna, the pitch gets higher. Approaching the horizontal antenna makes the volume softer. Because there is no physical contact with the instrument, playing the theremin requires precise skill and perfect pitch.

In the early 1920's, Leon Theremin came to the United States to promote his invention. He was given a studio to work in, and he trained several musicians to help bring the theremin into the public eye. Then, in 1938, Leon Theremin was taken back to the Soviet Union by force, leaving behind his studio, friends, business, and his wife. After a stay in a prison camp, Leon Theremin reportedly worked for the KGB designing among other things, the "bug" and methods for cleaning up noisy audio recordings.


The Theremin in Music & Film
Originally, the theremin was intended to replace entire orchestras with its "music from the ether." While that never quite happened, it has been used in many recordings over the years. During the 60's and 70's, bands such as Lothar and the Hand People, the Bonzo Doo Dah Dog Band, and Led Zeppelin brought the theremin into the public eye for a short time. Then, the theremin slipped back into obscurity until the recent revival of the 1990s. Today, lots of bands use theremins, though few in a musical context.
The spooky sound of the theremin was used in several movie soundtracks during the 1950's and 1960's. It provided background mood music for such sci-fi classics as The Day the Earth Stood Still and It Came From Outer Space, as well as thrillers such as Spellbound and The Lost Weekend.

In 1993, Steven M. Martin produced a documentary entitled Theremin: An Electronic Odyssey. This incredible film provides an in-depth look into the history of the instrument and its inventor. The film features rare footage and interviews with music industry legends such as Robert Moog, Todd Rundgren, and Brian Wilson as well as Prof. Leon Theremin himself!

A Family Tree of Theremins
In the late 1920's, RCA produced approximately 500 theremins, manufactured by General Electric and Westinghouse. Today, it is estimated that only half of these still exist. An effort is underway to track down the remaining models. You can read more about these theremins in the RCA Theremin Registry.
Electronic music pioneer Robert Moog built theremins long before he built synthesizers. In the 1960's, he produced such models as the wedge-shaped Vanguard theremin and the shoebox shaped Moog Melodia theremin. Today, his company Moog Music Inc. produces the popular Etherwave and Etherwave Pro theremins. Other popular models today include PAiA's Theremax and Wavefront's Classic and Travel-Case theremins.

The Day the Earth Stood Still and It Came From Outer Space, as well as thrillers such as Spellbound and The Lost Weekend.

Well thanks again, you are an encyclopedia of information. The name Theramin sounds like some kind of therapeutic vitamin. Like the vita-meta-vega-min.
I thought it was going to turn out to be a joke like my father's choice of instrument, which was the Swine-ette

I've seen all these movies, guess I wasn't paying any particular attention to the music. I'll have to watch again only this time with my ears.

Or you can pop the Beach Boy's Good Vibrations in the stereo.

I listen to a lot of indie music - I prefer indie to mainstream because you get a lot of fresh sounds that are unspoilt by the expectations of the popular culture. Well I think we gotta admit that indie sounds are indeed very different compared to mainstream sounds.

The only mainstream band I can appreciate would probably be Coldplay, and they were once indie too, if I'm not mistaken.

Anyway I listen to:


I do listen to oldies too, but I suppose so far Paul Simon & Art Garfunkel are my favourites. :)

I wonder if anyone else has similar musical preferences as mine? It would be nice to meet another Keren Ann or Beirut fan. ;)
Top

Here's another interesting article about the theremin - said to be one of the most, if not the most difficult of musical instruments to master, despite it's apparent simplicity.

We're all familiar with the way the theremin is used to make spooky sounds in SciFi and Horror film soundtracks. What's less well known is its use as the "vox humana". It can be played in such a way as to sound like a supernatural soprano voice, something that must be heard to be believed. 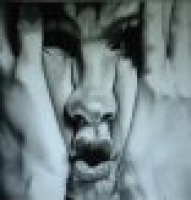 I'm a big fan of the band Portishead.They have used the Theremin in several of their songs.You can hear it used to the best effect in their "Live in NYC" CD.
Top

A cool band that use the theremin in a very cool way are Mercury Rev.
The albums Deserter Songs and All is Dream have some cool thermain action going on!!!

Richie
"He was a dreamer, a thinker, a speculative philosopher... or, as his wife would have it, an idiot."
Douglas Adams
Top
Post Reply
17 posts