I must say it ll be one of the best movie of year 2011 ,
Here is the its short story , In 140 AD, twenty years after the unexplained disappearance of entire Ninth Legion in the mountains of Scotland, young centurion Marcus Aquila (Tatum) arrives in Rome to solve the mystery and restore the reputation of his father, the commander of the Ninth . Accompanied only by his British slave Esca (Bell), Marco established through Hadrian's Wall in the highlands of Caledonia unknown - to deal with its savage tribes, make peace with the memory of his father and retrieve the symbol Legion Gold, the eagle of the Ninth.
Top 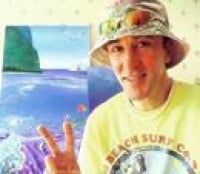 LOVE movies like this!
They are soooooooo much more dynamic and attention grabbing than our usual spate of city, cops, drugs and shootings, gangs etc yawn lol
Ah the Pictish people, Rome eventually managed to control them in the end but my goodness, they had an awful time trying and nearly gave up as they were so wild in battle.
There is a story, true story that sometimes the Picts would plan their attack, in such a way that they would hide for hours waiting for them, then when the Romans came near, they would spring out and attack. The Romans would be scared to death at the sight of these blue fearsome warrior people and often ran for their lives.

I am looking forward to seeing this asap

"Why do we call our planet, planet Earth, when it is almost entirely covered in water"? Arthur C. Clarke.
Top
Post Reply
2 posts • Page 1 of 1