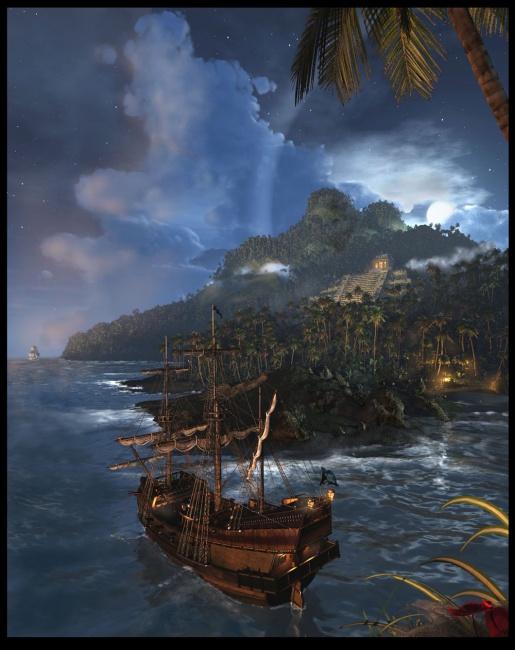 At sunset on the Summer Solstice Captain Anderson located the lost Temple on the Isle of Skulls just like the map said. As the small raiding party brought up the treasure, the lookout arrived with news. The English ship "Destiny" had been spotted. From the sounds of battle it seems like she had quickly overpowered the schooner "Saber". Little did the men on that wrecked & sinking ship know that when they were sent out to check the far side of the island that they were really buying time with their lives. Unfortunately for Captain Anderson, they had not bought enough. Since the landing party could not get all of the treasure onto the "Storm" they would have to bury it before the "Destiny" arrived. When the landing boat headed back to the "Storm" anchored as close to shore as possible, there were only 3 of the 8 men who had gone ashore. Captain Anderson who was wiping fresh blood from the blade of his cutlass, was not normally a superstitious man, but he firmly believed in the adage "Dead men tell no tales".