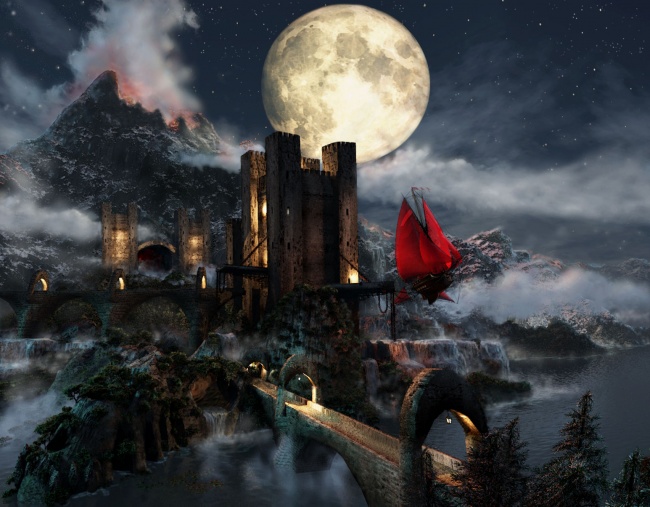 The Watchtower at Weeping Dragon Falls

The wind-runner, "Thor's Hammer" sits moored alongside the Weeping Dragon Falls Tower, situated on the northern-most border of the Federation's territory. It's mission is pretty straightforward, to keep the trade routes free from pirates and to investigate the rumors of a metal-hulled Thunder class battleship, named Misery.
Just another shot at a Fantasy theme