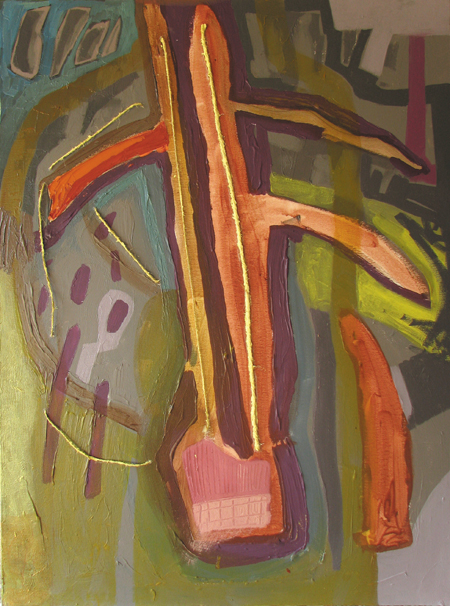 <<In what concerns the “Germination” series – beyond the almost premonitory sensitive character of the line, and the wild effect of carnal architecture in decay--, what especially attracts our attention is Maia Oprea's capacity to maintain irreconcilable painting styles in proportion of structural balance. These are ussually looking to exterminate each other when put “face to face”.>>
The "Germination" series is composed of five individual canvases, standing for themselves, which are based on the same inner form. Most important for me has been to reach the climax of the fight given to create, at the same time: a possible modular structure that could be perpetuated indefinetely and a sequence in which these so-called modules remain completely embedded in the whole that contains them, without their independence being affected.
The current set is the result of a fiery war –which I attended as an active spectator – and the countless transformations occurring during work. What I had initia