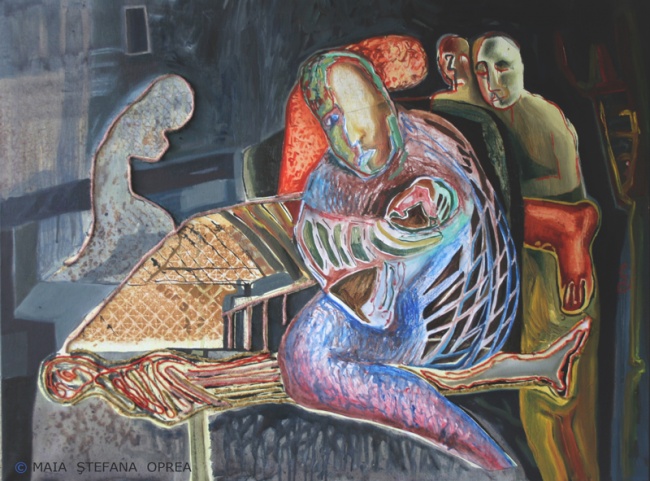 The thought of Lady M

A nocturnal atmosphere, in which each forehead hides a consciousness that cuts and cuts and cuts, like a guillotine blade. Everything exhales complicity and exhaustion. Each character stays silent and keeps hidden under its tongue, a black and wild thought, like a young mouse, a "corpse" who refuses to become word. Therefore, we are, somehow, in a dostoievskian situation, because each person buries behind its mimic a fault which does not fit elsewhere than in unspoken thoughts ... There is one character in the painting who knows that any guilty man plays with the snakes, with some snakes that only he can see. Guess who is it?