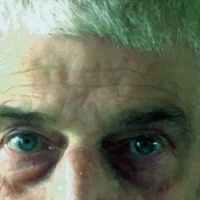 Since 2000 I am working on the computer (digital art)


inbetween in the following Internetgalleries:

The artist:
Immo Jalass is a German artist known in The Netherlands for his work at the end of the sixties that culminated in an group exhibition at the Stedelijk Museum in Amsterdam in 1969.
In the new millennium, the artist has dedicated himself to computer art. After replacing the easel with a computer monitor and the palette of oil colors with digital graphics programs he is creating digital images that are printed in only one certified copy on different media according with the practical and aesthetic needs and demands. The images presented by the artist are imaginary landscapes, abstract expanses or shots of cities that seem to be taken on another planet.

The technique and the title of the exhibition:
Immo Jalass starts with free composition, photos or parts of photos, sometimes photos of a city and details of buildings. In this sense he sometimes "steals" images from the reality. Later on (in front of his "digital canvas") he begins to treat the images, to distort them, to cut them, to remove or add details, colors and elements from other photos or god knows from where. This process of "mystification" of the reality leads to the creation of an image that overtakes and goes beyond reality itself.

The pictures:
In his bewildered landscapes Jalass captures the grandeur of the space between the speed of light and the perpetual change and through the computer he freezes and crystallizes this vision into an image that takes on aspects of meditation and contemplation, or to put it in the words of the artist into "images that rest in the movement”. The use of the computers is fundamental in this process of crystallization of the speed and the change (or "carpe diem"). Unlike canvas and oil paint the computer allows the creation and variation of many images in a very fast speed. Jalass is always in search of landscapes that contain or at least make you presume "totality": the total image that can awake in the viewer associations of omnipresence (ubiquity). The search for an image that contains and sustains all the images is the goal of Jalass and even though this is, according to the artist, a "a pure ideal impossible to realize" we remain with the “partial” images - on show in the gallery Radar - as a documentation of a valuable artistic and meditative research.
------------------
The concept:
According to Immo Jalass the "concept", "conceptual art", "art without concept” ect. are scaffoldings often created due to the lack of free and "primordial creativity”. On the other hand - says the artist - culture creates these scaffoldings for the purpose of development. Between these two extremes ("primordial creativity" and “cultural concept”) there is the ultimate picture, the work of art.
Conceptual art in the seventies led to the definition of "everything is art” and the same Jalass has played an active role in it with the project to exhibit the family van Dijk at the Stedelijk Museum in Amsterdam. Today Immo Jalass is in search of total images that act as smart structures and are opposed to found structures. The goal of Jalass is to create for the viewer worlds of images of infinite vastness (through imaginary landscapes) that are both exciting, eerie, inspiring, images that should therefore be seen as "moments of eternity”. 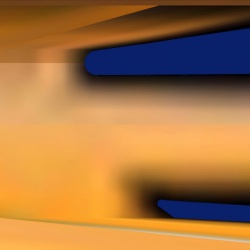 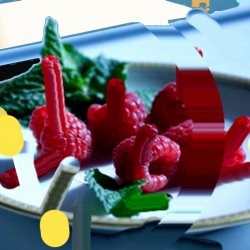 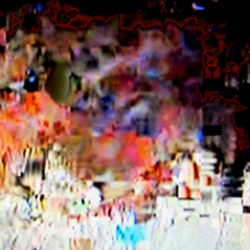 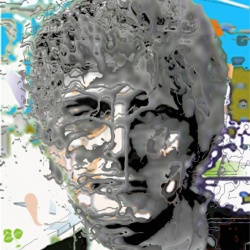